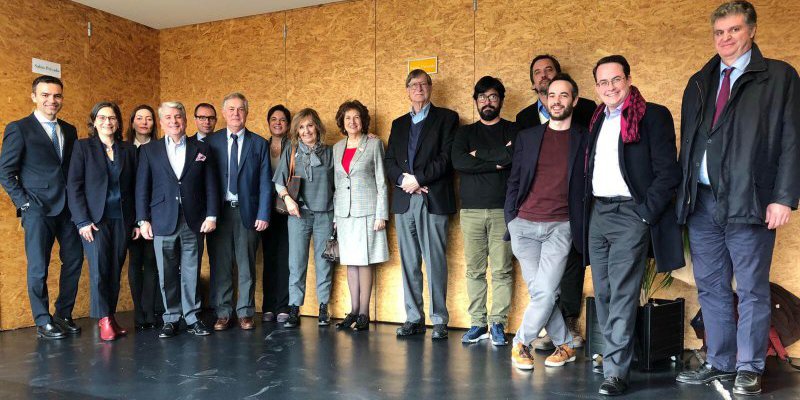 On January 14, Professor HAL VARIAN, Chief Economist of Google and Professor Emeritus of the University of California, Berkeley, was the guest of honour for the celebration of the 10th ANNIVERSARY OF THE UAM-ACCENTURE CHAIR. The event was presented by Prof. M. Paloma Sánchez, Director of the Chair.

During his presentation “Automation and Procreation: Bots vs. Tots”, he talked about the interaction between demographics and technological change, and its effects in the labour market. Varian offered an optimistic vision of the future, suggesting that the demographic effect on wages will offset the effect of robots and automation.

After the presentation, a panel composed of Rafael Garesse, Rector of the UAM (representing the University), Teresa Riesgo, General Director of Research, Development and Innovation, (representing the Administration), and Juan Pedro Moreno, President of Accenture in Spain (representing the Companies), discussed the importance of each of these three axes and the unavoidable need for their common work to increase innovation in Spain, meeting social needs and mitigating the negative effects of automation.

The UAM, its Foundation and Asseco Spain join forces to create the UAM-Asseco Chair in Economics and Management of Innovation.
3 May, 2022